skip to main | skip to sidebar

The Best, The Most Lively and Exciting World Cup Ever! 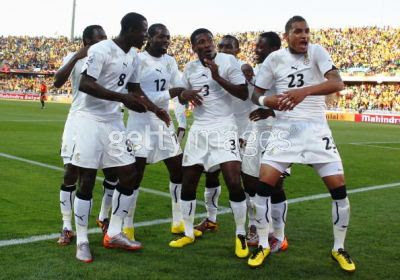 Africa is so Beautiful!

Final reflections (yeah, yeah, I know it's not REALLY over)

Final reflections are usually about what the students have learned during the course. This time it’s really hard to think of any concrete things or themes that I might have learned about. I don’t remember too much about the lectures to be honest. I remember liking the participatory methods sessions in the beginning and the workshop experiences later on. Then again I remember sitting at some of the guest speakers’ lectures and literally falling asleep. Not that the themes were not interesting, because they were. It’s just that it felt like I had heard all that before in the earlier SGT courses.

Also, towards the end of the course it just felt a bit stupid to sit at the classroom listening to some guy telling me once again about the importance of community participation in development projects, while at the same time we were really busy with the project and could have used that time working on it. It was the same old story again, and I felt like it didn’t support the project work or help me in any way with the situation we were in at the time. But who knows, if the group had been better organized and not in a terrible hurry, maybe I wouldn’t have been that stressed out and would have enjoyed the lectures as well.

So, if I didn’t learn much at the classes, maybe the project itself taught me something new? Well, not really. Turns out that lo-tech solar concentrator technologies are not exactly rocket science. Once we had come up with the design and the solutions for adjusting – and I’m not saying it was easy, it took a lot of effort and time – the rest was pretty much just about building the thing. But did I learn something new, some new skills or some new knowledge? Sure, I learned to recognize an 8 mm bolt from a distance and to use some power tools, but that’s pretty much it (still, I do value this, it might come handy later in life).

Was this all just a big waste of time then? Definitely not. I did learn a lot about myself, other people and working in a group. When I started with this course I knew that it would be a lot of hard work. Yet I didn’t have a clue of how frustrated and stressed out I would be at times. Normally with group works things have worked out quite OK, and usually the biggest problems and reasons for stress have been related to organizing the time (i.e. always starting everything way too late). Although we finally ran out of time with this project, too, I don’t think the actual problem of the group was organizing the schedule but communicating within the group.

I don’t think I’ve ever been this stressed out and frustrated because of just ten credits. At times I felt like the secret meaning of this course was that if I survive this, I would survive pretty much anything my future working life will bring me. In the end I did survive, although I have to admit that during the last month or so I thought about quitting almost daily. It would certainly have been the easy way out. However, I had already put so much effort into the project that it simply wasn’t an option anymore. This experience might not safe me from all the similar difficult situations in the future, but I have definitely learned an important lesson about how one should work in a group.
Posted by miina at 01:37 1 comment:

Is this the end?

Now when the SGT show is over our blog readers might wonder that is this the end? The rght answear is NO! Although we quite finnished our product, it´s not ready yet. From next week we (at least half of the SGTSolar team) will continue building and propably will update the manual if we find something useful. The mondays final critique gave us some improvement proposals, that we will try to implement. The next GOAL the Maailma kylässä aka World Village festival. As Shalin is one of the exhibitors, SOLAR FLOWER is going to be there too! But before the festivals there is a lot to do to finalize our product. And as I mentioned in my previous blog update the World village is a milestone for the Solar Flower, since we will hopefully get some really useful suggestions, opinions from the audience. Place to enjoy and learn! There have been about 50 000 visitors per day in the festival in previous years so we expect nothing less this year.

So We warmly invite you all, your friends and family to come and visit us and ofcourse the whole festival! I just checked out the performers and I must say, I was amazed! Awsome bands from all around the world! And fo free!!! The festival is free of charge. You can also get exciting new taste experience too, while there are traditional kitchens from all around the globe. Nutrition for your soul and body. And the final culmination for me is the festival club. Saturdays club is funky elephant and sundays club is Balkan Fever (no vested interests :D ) Check out the whole program in www.maailmakylassa.fi We´ll update the blog as soon as we know where you´ll find us.
Posted by Irena at 21:09 No comments:

I have been thinking about the UV purification that Risto mentioned at the critique. I did some quick research on it, and apparently solar radiation was three effects that are believed to contribute to the disinfection of water:
Basically, on a sunny day you should get clean drinking water just by placing a plastic bottle in sunlight for six hours. I wonder how fast this would be with concentrated sunlight.

Of course if we wanted to use this method with our concentrator the water might have to be at least filtered somehow, because it probably has to be clear. And we need to remember that this method only kills the pathogenic organisms but doesn't purify the water in any other way. So if the water contains for example chemicals or other materials, such as arsenic (which is a common problem globally), it would need other treatment as well.

So, would this be something we'll consider, or do we stick to the original plan (distilling water), at least for now?
Posted by miina at 10:51 2 comments:

Bottom Of the Pyramide- seminar and work shop. 26.1

I attended the BoP- workshop wich was organised by Aalto university. The seminar was held by Peter Schartz and The workshop was in the beginning of the SGTSolar project so it gave me a lot to think and new perspectives for seeing our own project and especially the users of our product. Let me axplain first what BoP means:

As you can see in the photo the people that are normally seen as customers are the ones in the top of the pyramid. But as you can see the biggest population are the ones that earn less than 5 euros a day. So why the markets are so concentrated on the 0,5 billion? Why are the markets top-down oriented and no bottom-up oriented? These 4 billion are seen as numbers, but who are the people behind the numbers? What do they need? Can we produce the items they need? For these peolple the only certaninty is uncertainty. Irregular incomes, uncertainty about what tomorrow brings, but still- todays money money goes for todays spendings. Peple are inventing in future by repairing, renewing for maximizing the benefit of their belongigns.
The BoP consumers mindset is about minimizing the risks, making tradeoffs in purchasing descision , stategic money management and the need for proof of the items performance. BoPs are brand loyal, which might sound wierd, but by understanding that the items that theu are farmiliar with are the ones that have proofed their performance. And when there is just a certain amount of money the risk of buying something even cheaper that doesn´t work is too high, so they´ll continue buying the more expencive, but safe items.
An invention is not an invention untill it´s adopted by it´s users- John Heskett

This is a challenge to our Solar Flower aswell. We have a design and an invention, but how will the users adopt it? Hopefully we will learn a lot from the Maailma kylässä festivals, where anyone can test it and give feedback. Although we had a critique on monday, but the real judges are the Solar Flower users.

Amazin monday I say! I am so proud of the Solar Flower team and of the other teams as well! Athough our presentation was a bit different due to beeing outdoors and our voices were fighting with the wind, I think that we nailed it. It´s amazing that our students are so professional in their works and I belive that every project was a succes. The presentations were well presented. I want to thank the teams, mentors, rewievers, listeners and SGT staff for inspirational, interesting and succesful day! The discussions were so fruitful that we deffenitely would have needed more time for them. The course and the project work taught us many useful things and beeing in a real project gave us all important lesson. Thanks for trusting your projects in students hands! I really hope that each one of the projects will continue some way!
Like Marko always says, let´s give us our selves a big hand!
Posted by Irena at 11:11 No comments:

SGT Solar is a group project investigating the concept of solar concentrators and their application.

At the end of the project, the students will be masters of the Solar Concentrator Technology, its applications and will ultimately develop a prototype and one application. At the same time, they will be able to develop learning and instructional material on solar concentartors for "dummies".

The team consists of 5 highly motivated individuals and two mentors. Through this blog you will get to know them, their anger, frustrations and big dreams!